Homeschooling Is a Right and a Solution, Not a Barrier to Inclusion

The impact of the coronavirus pandemic on modern education is without precedent. UNESCO reports that around 800 million students—half of all school-age children worldwide—have missed at least two-thirds of the school year due to COVID-19.1 At the height of the global crisis in April 2020, 1.45 billion children were out of school.2 As of April 2021, UNESCO reports that about 145 million children are still affected by partial or full school closures.3 As government-run education systems continue to struggle with how to reopen safely, homeschooling has grown even faster than before. Historically, homeschooling has been a norm of education. Institutional, state-sponsored education is a fairly recent invention, dating to the 1850s in the United States and later in most other countries. There are early examples of formal schools in some civilizations, but the majority of education for thousands of years was carried out by the family. Over time, tutoring emerged as a means of education for some, and universities for advanced education have existed for a long time. Nonetheless, the primary task of raising children and educating them has fallen to the family. This responsibility is recognized by the Universal Declaration of Human Rights, which appropriately recognizes in article 16.3 that the family is the fundamental group unit of society. In article 26.3, the UDHR also appropriately reflects the understanding that par­ents are the primary decision-makers regarding their children’s educa­tion, stating that parents have a prior right to choose the type of educa­tion that shall be given to their children.4 Modern governments worldwide have become increasingly power­ful, prescriptive, and present in the lives of citizens. This is especially true in the area of education, where governments have taken ownership of running national education systems. Consequently, education systems have become more bureaucratic, delivering the same or worse outcomes while increasi
Please subscribe or log in to read the rest of this content.
Categories: 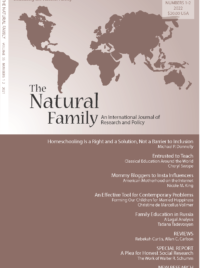