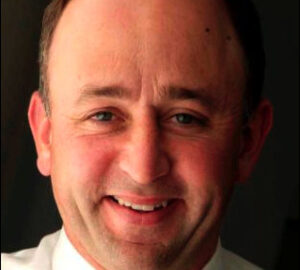 Editorial Board of Advisors

Dr David van Gend is a family doctor and frequent contributor to national debates on bioethics.

David lives in Toowoomba, Queensland, with his wife Jane and three teenage sons. He was born in Zambia, central Africa, into a pioneer family of missionary doctors and farmers going back to Robert Moffat and David Livingstone, and in his early years lived in seven Commonwealth countries – mostly in New Zealand – before studying medicine at the University of Queensland. He undertook postgraduate training in palliative medicine at Brisbane’s Mt Olivet hospice and the University of Melbourne. He now serves on the medical advisory committee of the Toowoomba Hospice and the Queensland Health Working Group for Paediatric Palliative Care. He is a Senior Lecturer in palliative medicine and has produced an interactive programme (“A Doctor’s Bag for the Dying”) for Rural and Remote Medical Education Online.

Since 1994 David has been Queensland secretary for the World Federation of Doctors who Respect Human Life, an international association of doctors defending the traditional Western medical ethic. Since 1996 he has been a spokesman for TRUST, an association of doctors, lawyers and prominent citizens opposing euthanasia but promoting palliative care. Since 2002 he has been national director of Australians for Ethical Stem Cell Research, which opposes embryo destruction and cloning. Since 2010 he has been a spokesman for the Family Council of Queensland on same-sex marriage and surrogacy, and since 2011, President of the Australian Marriage Forum.

David has debated bioethical issues on national television programmes such as ABC Lateline, The 7.30 Report, and SBS Insight, and has published dozens of articles in major Australian newspapers and journals.

David has testified on seven occasions before Senate Committees – against human cloning and embryo experimentation, against the abortion drug RU486, in defence of pro-life pregnancy support services,  against euthanasia and homosexual marriage. He has given parliamentary briefings in five States and federally on a range of subjects, and in May 2006 he spoke to the United States Senate Values Action Team on stem cell research and cloning.

Also in 2006, David was featured in the medical newspaper Australian Doctor as one of the country’s “50 most intriguing GPs”…