Quiverfull:Inside the Christian Patriarchy Movement Kathryn Joyce Beacon Press, 2009; 258 pages, $25.95 Many Americans were appalled by the behavior of “Octomom” Nadya Suleman, the publicity-hungry, unemployed single mother whose litter of artificially-inseminated octuplets brought her offspring total to fourteen. Many were also outraged by developments on Jon and Kate Plus 8—the reality television show, which will […] 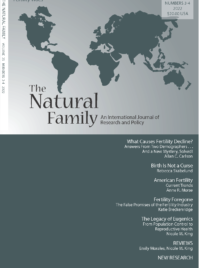 Entrusted to Teach: Classical Education Around the World
By William R. Mattox Jr.

Homeschooling Is a Right and a Solution, Not a Barrier to Inclusion
By William R. Mattox Jr.

Constitutional Failure: The Judicial Assault on the Family in America
By William R. Mattox Jr.

A Critique of Western Education
By William R. Mattox Jr.

“No to Europride” – Magnificent pro-family cross procession in Belgrade

Tens of thousands of people took part in the cross procession for the salvation of Serbia through the central streets of Belgrade.