The Burden of the Bondwoman

Charlie Sheen gained fame as an actor, but notoriety as a john. When a judge asked him why a man of his status would have any need for commercial coitus, Sheen is reported to have explained that he wasn’t paying the hookers for sex. He was paying them to leave.

The governance of Sheen’s principle in the realm of gestational surrogacy is wrenchingly demonstrated in Broken Bonds, a collection of testimonies from surrogate mothers. Their stories reveal that the popular narrative of surrogacy does not reflect the experiences of all women who carry other people’s children for love or money. Surrogacy is rhetorically packaged as a win-win for infertile couples and “Happy Breeders,” those altruistic and/or enterprising women with functioning, available wombs. The couple gets a baby; the womb-person gets a check and the feminine satisfaction of having helped. Except, the surrogates tell us, when she doesn’t.

Checks are easier to assess than satisfaction, or it seems like they should be. But women who are supposed to have received them report that surrogacy transactions get buggy. Numerous surrogates in Broken Bonds end up in debt, even with contracts in place. One of them, Michelle, explains, “Once the baby or babies are born, it is very hard to collect already paid out monies, or ask extra fees to be paid. The intending parents literally don’t care. I have carried more than one of these children on my health insurance for a time, despite no reimbursement, when legally the fees were not mine to pay.”

Surrogates often incur expenses that contracts (whether by accident or design) fail to anticipate. The hormonal manipulation required for surrogacy makes high demands on the mother’s health. Twin or triplet pregnancies common to IVF bring more risk than singletons, and selective abortions in such cases are both common and complicating. Surrogates whose prenatal and delivery costs are covered have found themselves paying for postpartum treatments and recovery after the intended parents disappear with the baby. Mental health problems caused or aggravated by surrogacy easily make their way onto the surrogate’s side of the ledger.

Surrogacy compensation focuses on health care, but pregnancy expenses are not confined to exam and delivery rooms. Incidental costs like maternity clothing and other personal items for the surrogate are harder to request and recover. Surrogates tend to be women who are already mothers, but intending parents are focused on the child they have commissioned. They are less interested in covering babysitting for children whose mother is having to spend time at the clinic and hospital. Surrogates’ careers are another potential casualty. Those who suffer complications that prevent them from working during or following pregnancy lose wages. They may lose their employment altogether, and their career advancement also takes an irrecoverable hit. Finally, arrangements that go awry add legal fees to the surrogate’s expenses if she tries to correct muddles in court.

Broken Bonds does not detail the contracts or agreements that leave surrogates in the red. Clearly, however, there is a disconnect between the way surrogacy is advertised and the way it is practiced. Assisted reproductive technology is famously unregulated, leaving both parties at the mercy of each others’ honor systems. In some of the stories of Broken Bonds, one can almost hear the hiring parent(s) countering the surrogate’s version of events: They paid what they agreed to pay, it was a lot of money, and it’s not their fault that her expenses exceeded their agreement. They want what they paid for: her graceful exit from their life.

So much for checks, but what about the feminine satisfaction of having helped? Some states and countries prohibit commercial surrogacy altogether. There are also women who volunteer to carry a baby for others (often family members) solely out of care and sympathy. Surrogacy stories that end “happily ever after” are easy to find in the popular press, but Broken Bonds studies cases that conclude differently. Childbearing is too intrinsic to the female psyche to be shared without major emotional complication. No matter how great the surrogate’s love for the intending parents, her bond to the child she carries takes an abiding toll. It can be felt as anything from yearning to heartbreak.

This bond is a threat to the security of the intended parents. Those who had initially agreed to an open relationship with the surrogate may end up shutting her out after the child’s birth. In several stories, the infertile woman in the intending couple is particularly unable to sustain a healthy relationship with the surrogate. Gay couples display contempt for the breeder they have hired. Surrogacies within families have an exquisite dimension of breakdown as relatives go to war.

But less pathological situations cannot be said to have happy endings. Many surrogates surrender a baby to loving parents, rejoice in the happiness they have helped create, and still feel that their child is lost. Woman after woman reports that giving away a baby requires either a deliberate, artificial disengagement from the whole situation (which most find impossible), or a permanent sense of bereavement. Altruistic surrogacy comes with insurmountable costs even under the best circumstances.

The surrogates in Broken Bonds dwell on the connection they feel to the child they have carried. Related from the perspective of personal experience, this may be understood or spun as being purely esoteric, bordering on hysterical. However, research has measured lasting material connections between a mother and the baby she carries. Editorial reference to this body of scientific work would offer welcome support to the surrogates’ testimonies of bare grief. Epigenetics, which studies the effect of environment upon gene expression, shows that a baby’s genetic development is influenced by the body of the mother during pregnancy. Reciprocally, women who have carried a baby become lifelong microchimeras, undergoing physiological changes from the incorporation of the baby’s cells into their own tissues. The idea that birth mothers and their babies affect each other is not sentimental or imaginary. The emotional bond surrogates describe is ratified by the material, permanent effects of mothers’ and babies’ bodies upon each other.

The stories in Broken Bonds range from disillusionment to devastation, but a story’s power is in its telling. Some surrogates’ stories are told so baldly as to lack pathos, a rhetorical aspect of the book’s argument that is of particular importance. On the other hand, this artlessness illustrates one of the industry’s open secrets: It is exclusively undertaken by the economically and socially disadvantaged. The fundamentally exploitative nature of surrogacy is backhandedly revealed in that gestational surrogates are not drawn from well-spoken classes of society ladies. It is little wonder that they have been the losers in the battle of narrative.

Broken Bonds makes no ethical comment on gestational surrogacy as an act. It is concerned entirely with harms suffered by surrogates. While these harms are shown to be considerable, they are not the strongest case to be made for stopping surrogacy now (the stated goal of editors Lahl, Reist, and Klein). This approach backs into the same corner as harm-based arguments against prostitution. There are people who want to turn tricks, perceive positive outcomes, and appear to have arguments for personal liberty on their side. Put another way, arguing from harms allows a strong case to be made against marriage by selectively spotlighting those who have been hurt by a spouse. Theoretically, stricter regulations on the surrogacy industry could eliminate the commercial problems, and don’t the other harms simply amount to the hurt feelings that menace all human relationships? Eliminating surrogacy requires a stronger ethical rationale than bad individual outcomes.

Toward that end: The inextricable connection of a woman to the baby to whom she gives birth raises a concern which a surrogate named Marie Anne rightly identifies as “the biggest thing.” “Regardless of how I feel,” she says, “how do you think the baby feels?” For every used and abused surrogate, there is another person whose origin is a grotesque engineered tragedy, whose life is built by others upon a precipitous breakup, and whose story is written in the language of coveting and commerce. No surrogate can tell her story without reference to a person who has been equally, but involuntarily, cut off from everything that was familiar and consoling to him. This consideration (along with others) is crucial to a complete ethical case against surrogacy.

Nevertheless, the testimony of surrogates remains a major (if insufficient) component of that case. Elena, a Romanian surrogate, describes the total human dysfunction at work when pregnancy is outsourced: “[A]s a relatively poor woman, I have a trump card up my sleeve, I have an advantage,” she says. “I can do something this rich woman can’t do: I can get pregnant. That makes me feel proud. In fact, I feel superior.” There is nothing new under the sun. Hagar despises Sarai, Sarai deals harshly with Hagar, and the bondwoman is cast out. Only then does she see that she was selected not because she was desirable, but because she was disposable.

Fighting to preserve marriage in Switzerland: vote on Sunday 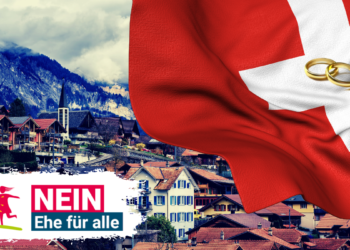 I am very proud of the valiant campaign being waged by our friends and allies in Switzerland through the “No to Marriage for All” coalition.

BREAKING: U.S. House of Representatives to vote on imposing abortion as a federal right 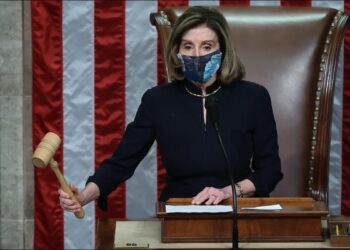 Intent on eliminating all state restrictions on abortion, HR 3755 is the most radical abortion bill ever considered by the US Congress.

If only it were true: rhetoric versus reality in Biden’s speech to the United Nations

The US President speaks about strengthening “universal principles”. But his actions, specifically towards the family, are quite another thing. And yes, his actions and his words will indeed “reverberate for generations to come”.

Democrats look to rig US elections, including how congressional districts are drawn 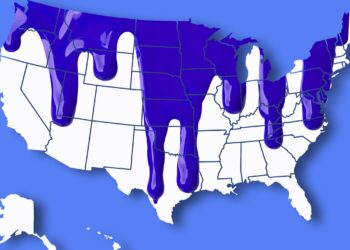 Nancy Pelosi’s “For The People Act,” will force the use of “independent” redistricting commissions to draw congressional district lines, but the experience from California should give people reason for concern.