Pediatricians have understood for some time that breastfeeding delivers remarkable benefits—nutritional, immunological, developmental—to infants. But these benefits have counted for little among the feminist activists pushing ever more women into full-time employment, and away from wedlock. Just how fully the feminist agenda jeopardizes babies needing breastfeeding shows up distinctly in a new study of infant-feeding practices in the United States recently published by researchers at the University of Memphis and the University of South Carolina.

The authors of the new study launch their inquiry into infant-feeding practices in the United States aware that exclusive breastfeeding for at least the first six months of a baby’s life is the standard endorsed by many medical and health organizations (including the American Academy of Pediatrics, American College of Obstetricians and Gynecologists, American Academy of Family Physicians, Academy of Breastfeeding Medicine, World Health Organization [WHO], and the United Nations Children’s Fund [UNICEF]). The researchers understand that when mothers deviate from this standard by feeding their infants formula or solid foods, they may “predispose [them] to wheezing, obesity, and lifelong health problems.” The researchers also realize that mothers who expose young infants to formula or fast food may “trigger an allergenic reaction” to foods that the infants’ bodies experience as “foreign substances.”

To be sure, the researchers do conclude that over half (55.3%) of the mothers in their study “fed their infants at least partially with breast milk” during the first month of the baby’s life. However, the data indicate that “by the fourth month of age, formula and solid food predominates (55.3%).” By the sixth month, the researchers find, “only 36.8% of the infants experience some direct breastfeeding combined with pumping and feeding and solid food.”

Which mothers do breastfeed? Which do not? As the researchers analyze the data, they identify “women’s work . . . as a leading motive for not breastfeeding and early weaning.” Compared to homemakers, women employed full-time were significantly more likely to feed their infant children with formula (p = 0.0007). Like employment status, marital status also emerges as a predictor of formula-feeding: Compared to married mothers, unmarried mothers are significantly more likely to feed their infant offspring with formula (p = 0.0032).

To question the desirability of full-time employment for mothers or to affirm the desirability of childbirth within wedlock is to challenge the feminist orthodoxy now regnant in American universities. So despite the clear implications of their own findings, the authors of the new study shrink from those daunting challenges. Rather than suggest that mothers of young infants should withdraw from full-time paid employment, the authors of the new study call for “a substantial increase in the duration of maternal leave . . . in the United States.” Of course, such leave serves principally to safeguard a woman’s long-term tie to her employer, not her long-term tie to her child. The dogmas of political correctness forbid the very thought of helping a mother not only to breastfeed her infant but to care for that child at home by ensuring a family wage for a breadwinning father. In fact, these dogmas prevent the researchers from saying anything at all in this new study about reinforcing wedlock, even though their own results indicate that marriage fosters breastfeeding.

So long as researchers in thrall to political correctness ignore the obvious family implications of their research, their social science documenting threats to children will result in little more than pious hand-wringing. 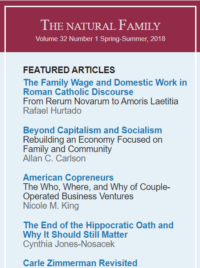 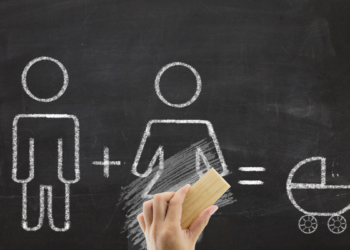